This week on Facebook: When the Fixed-term Parliaments Act (FTPA) was introduced in 2011, the coalition government argued that fixed-term parliaments would have a positive effect on our country’s political system: providing stability, discouraging short-termism, and preventing the manipulation of election dates for political advantage. Yet the ease with which Theresa May was able to trigger the early election in light of her 21-point opinion poll lead over Labour over Easter (2017) appeared to cast doubt on its ability to deliver these aims.

In 2017 Theresa May called a general election¹ just two years after the last one (2015), despite the coalition’s Fixed Term Parliament Act and any statement that she had no intention of calling a snap election.

“I think the next election will be in 2020… I’m not going to be calling a snap election” she told the BBC’s Andrew Marr in September 2016 .

Click on the image below for a somewhat long read explaining the 2017 General Election. 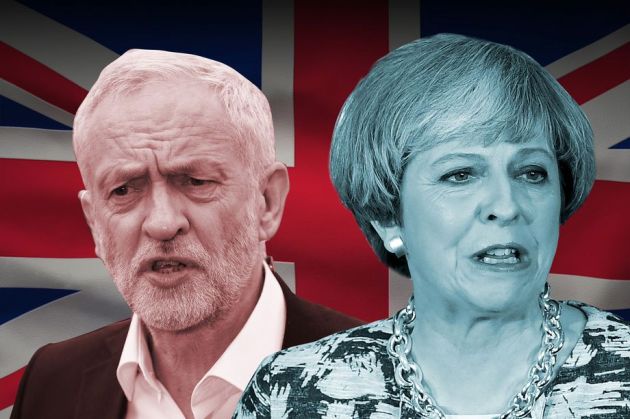 The following link is to short video (3 minutes) on the 2017 General Election.

I have long thought that the position of Home Secretary in any public administration is a poisoned chalice however it often leads to a greater office, regardless how badly the performance was as Home Secretary.  I am of the view that Theresa May is a political opportunist, who not only performed badly as Home Secretary, but as Prime Minister has clearly put her personal agenda ahead of what is in the nation’s interests.

The most important division in Britain is no longer the Tory versus Labour demarcation that marked out the battle zone in politics for the bulk of the 20th century. The real division is between a narrow, self-serving and increasingly corrupt governing elite and the mass of ordinary voters. The distinction between those in and out of ministerial office has become blurred, and general elections have become public stunts, whose primary purpose is an ostentatious affirmation of Political Class hegemony. The Establishment is dead.

Here is what some the media thought about Theresa May and particularly her decision to call the 2017 election.

1. A ‘quiet’ revolutionary? No, the PM is a merciless opportunist cudgelling her opponents like a Brexit Boadicea: Her speech was merciless and well-aimed. Her jibe at Boris being unable to keep on message was both funny and deadly. Don’t mess with me, was her message. She sees EU border control as the red line she will not cross, sanctioning one of the most inflammatory speeches on immigration by her Home Secretary since Enoch Powell’s bathed us in his Rivers of Blood speech.

2. Just who exactly is playing games? Theresa May and political opportunism: Take a look at May’s statement again. It was an incredible display of party-political manoeuvring. She called out explicitly the three main parties of opposition – Labour, the Lib Dems, and the SNP – for their own, particular criticisms of her vision for Brexit. And, for good measure, she included a slight against the unelected House of Lords, who have also dared scrutinise her Brexit plan.

3. The opportunist Theresa May and the essence(?) of the British elections: The right answer in the question “why shouldn’t she?” should be because she should not be allowed to. A prime minister and a governing party should not be so powerful so that they can choose the best time for them to call for general elections. The prime minister is the head of the government, not the head of the state. I deeply appreciate the American system (of course it’s a totally different system) where there are presidential elections every four years. And that’s it. No matter what, every four years. It’s even funnier that Theresa May asked the opposite parties to prove that they “don’t treat politics as a game”. Apparently she does.

4. Opportunism and selfishness — Why Theresa May has called for an early general election: In her speech in front of 10 Downing Street, she blamed her decision on opposition parties planning to thwart her push towards a hard Brexit and claimed division in Westminster did not represent unity found elsewhere in the country. In reality, the division in Westminster accurately represents the deep divisions in the British population at large after the Tory party decided to ignore the pleas of 48 percent of voters and march out of the EU, the single market, and the customs union.

5. Theresa May’s great political game: Nothing of procedural substance has changed, and yet this all-conquering prime minister is pretending that the faltering resistance of a hopelessly divided Labour Party, and even the objections of two taxi cabs’ worth of Lib Dem MPs is reason enough for her to demand an immediate election.

¹Elections: Time for change? Having returned a blank voting form in the recent general election, perhaps the result provided me with a brief moment of schadenfreude in that it brought about party political, and most importantly, electoral anarchy.