This week on Facebook: Politicians in the UK (and elsewhere) apparently assume that economic recovery is achievable through austerity and a reduction in public debt. However, a self-serving governing elite ensure that deficit financing ensnares us all while they remain immune to the austerity measures imposed. This is particularly true of pension inequality when UK members of parliament have their pensions determined by a notionally¹ Independent Parliamentary Standards Authority (IPSA).

IPSA rules regarding the pensions paid to MPs are not those applied in standard private sector accounting. Nowhere is there a clearer example of the inequality found between politicians and the general public than in the pensions MPs award themselves with — regardless of the politician’s political leanings². State fiscal policy ensures that MPs are not affected by the austerity measures that they impose the nation to the same extent as those they purport to represent. Politicians are now enriching themselves at the expense of others and are major players in any income inequality seen in the UK distribution of wealth and income.

In the UK members of parliament (MPs) are elected by voluntarily standing for office during a general election and while, in that sense, they are contracted to work for the electorate until the time of another general election, for most MPs the reality is different³. The UK political parties are extremely bureaucratic and advancement within the party is not based on individual merit but on the political leanings of the party leader.

As a result with so few MPs standing for election in what is called a marginal seat, ensures that the UK is never likely to elect a democratic government, even a meritocratic one.  All electoral paths lead to an oligarchy where the fiscal policies of successive public administrations lead to continually raids on pension funds — other than their  own — to offset their deficit financing.

It’s the taxpayer who bails out the misfeasances of politicians and public servants with perhaps; Equitable Life Insurance making news media headlines, where customers’ savings were pillaged, policyholder pitted against policyholder, greed and incompetence being a feature of the boardroom.

As we all now know, Equitable was a major accident waiting to happen, a situation aggravated by light-touch (non-existent) regulation from an array of useless government departments. It’s not an Equitable Life, Henry

It may be that those insured by Equitable Life were better equipped to recover monies from the public administration, something (it would seem) that the rest of are not. As I inferred in my posts on The Royal Mail, pensions and taxation, the NUM Pension Fund and pensions in general, the disdain that politicians have for the taxpayer knows no bounds.

Faith in the traditional political process has never been lower than it is today. There is a widening chasm between voters and Westminster. The authority of Parliament has substantially declined, while trust in ministers and MPs has evaporated. British politicians have rarely been so ridiculed and despised, and that should worry us all 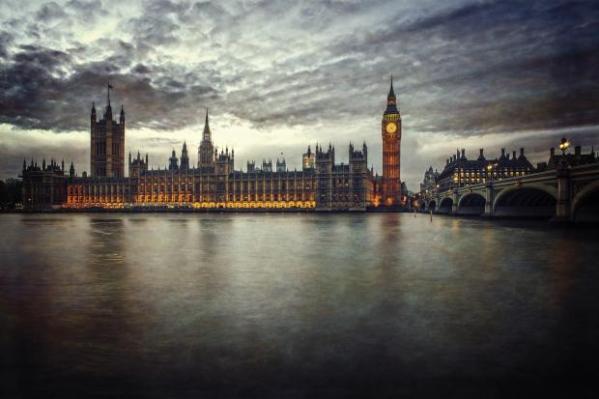 As the article above ‘Why is Britain badly governed’ concludes:

The popular legitimacy of our democratic institutions owes more to the standard of government affecting everyday lives, than the quality of governance owes to democratic design. Blundering governments are not governments that command respect. Perhaps the principal cause of our discontents is poor governance rather than democratic deficit — and is what needs to be addressed.

1. Taxpayers to pay millions to fund MP pensions — March 2006: The move is to meet a shortfall of nearly £50million in the £278.6million pensions fund which has nearly doubled in the last three years. It means that at a time when the pensions crisis is causing misery for millions of private-sector workers, their hard-earned taxes are being used to protect the retirements of the 646 highly paid MPs.

2. Gold plated pensions — May 2009: For employers, the upkeep of these schemes is costly, risky, and complex. But not, at least yet, for the Government is final-salary a step too far it would seem. If you thought MPs had it good with their expenses’ ‘perks’ just take a look at the final salary pension they enjoy. MPs know that after just two or three terms in parliament they have qualified for a secure retirement.

3. MPs’ pay (the truth) — July 2013: When the news broke that, on the recommendation of the Independent Parliamentary Standards Authority (IPSA), MPs might get a £7,600 pay rise, it was balanced by talk of a cut in their pensions. But closer reading of the report reveals that if the proposals are adopted, existing MPs could actually see their retirement income rise – at a cost of at least £10m to taxpayers.

4. MPs’ hidden perk — June 2015: From last month their exceedingly generous, final salary-linked schemes will be superseded by a less generous system under which their retirement income will be linked to their “career average” salary. They will also have to contribute more from their own pockets. Not all will be touched. Those MPs over 55 stay in the old, generous scheme, while MPs aged 52‑55 can choose. But even for those younger than 52 the change is not too draconian.

5. Golden Goodbye — May 2018: The proposal comes in a new consultation on MPs pay and pensions published by the Independent Parliamentary Standards Authority (IPSA).

¹Parliament’s authority (url): Parliamentary sovereignty is a principle of the UK constitution. It makes Parliament the supreme legal authority in the UK, which can create or end any law.

²The new MPs’ pension scheme — what YOU need to know (pdf): The new pension schemes for MPs and Ministers will take effect from 8 May 2015, immediately after the General Election, this booklet sets out the key facts about the new MPs’ scheme.

³Review of MPs’ remuneration (consultation) — May 2018 (pdf): As such, in fulfilling our statutory duty to review MPs’ pay in the first year of a parliament, we do not believe that we need to change the basis of our approach. But we are taking the opportunity to consult on technical changes to MPs’ pensions, and to propose improved lump sum payments the beneficiaries of any MPs killed in the line of duty. And, in the light of our experience at the 2015 and 2017 General Elections, when we asked former MPs to work for up to two months without pay to close their office, make their staff redundant and wind up their parliamentary financial affairs, we are consulting on whether to compensate former MPs for this work.

One response to “UK Pensions & Politicians”