This week on Facebook: In September 2016 I posted Inequality & Gini Lorenz, perhaps it was this post that led to an acquaintance finding himself embroiled in discussions about (essentially) wealth distribution. This eventually led to my publishing A Quality of Life in July 2017.

Last week my post on Henry George & Global Inequality, convinced me that global equality, or even a national equality, is not a goal that voters in democratic elections strive for. While there is a lot of media coverage given over to global inequality there is little indication that it has prompted any mass national desire for global equality.

My post on ‘Henry George & Global Inequality’ gave a link global inequality stating that 13% of the global population shared between themselves 50% of the global income. The populations of these developed nations may well be aware of just how much they share with the other populations in the developed and developing word (at least in terms of a notional national wealth)¹. So just how equal do we want the world to be?

The following is an extract taken from a critique of a best selling book by  Steven Pinker (the extract concludes with a link to the critique). In this new book Pinker adds one more thing to his list of wrongheaded complaints about contemporary society: economic inequality. The critique reads as an endorsement (to my mind) of the view that those who rail against global inequality are those who do not have to share its consequences. What Steven Pinker gets wrong about economic inequality and the Enlightenment 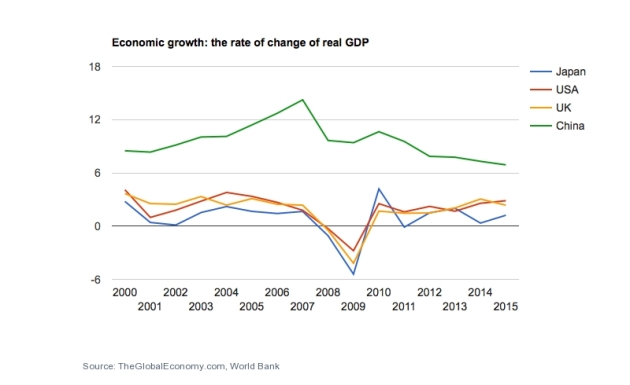 Nancy Birdsall at the Centre for Global Development concludes her article on the Rising Inequality in the New Global Economy² with a global polity. Her statement below, however well meaning, simply adds to the political class³ that currently mismanage the lives of those that are elected to represent. An unenlightened political class that have consistently ignored the fiscal and societal effects of their political actions, being largely immune from the impacts of them.

A major challenge of the 21st century will be to strengthen and reform the institutions, rules and customs by which nations and peoples manage the fundamentally political challenge of complementing the benefits of the global market with collective management of the problems, including persistent and unjust inequality that global markets alone will not resolve. Rising Inequality in the New Global Economy²

How rising inequality hurts everyone, even the rich:  The problem is commonly understood as an issue for those who have less, and it certainly is. But recent studies demonstrate that inequality is bad for everyone in society. Some of the pain is economic: The studies suggest that the inequality depresses economic growth, leaving less for society to divvy up — regardless of how its members decide to do so. And some of it is social: Studies have found that inequality, particularly the high level seen in the present-day United States, gives rise to criminal behaviour.

Global inequality is on the rise – but at vastly different rates across the world: Until now, it was actually very difficult to compare inequality in different regions of the world because of sparse or inconsistent data, which lacked credibility. But, attempting to overcome this gap, the new World Inequality Report is built on data collection work carried out by more than a hundred researchers located across every continent and contributing to the World Wealth and Income Database.

Economic Inequality— It’s Far Worse Than You Think: In a candid conversation with Frank Rich last fall, Chris Rock said, “Oh, people don’t even know. If poor people knew how rich rich people are, there would be riots in the streets.” The findings of three studies, published over the last several years in Perspectives on Psychological Science, suggest that Rock is right. We have no idea how unequal our society has become.

How much inequality is too much? Inequality isn’t just an issue for rich countries: a billion people have been lifted out of poverty since 1990, but inequality has also been rising in many countries too. Four experts talk to the BBC World Service Inquiry programme about the effect inequality has on growth and prosperity.

Why Globalisation May Not Reduce Inequality In Poor Countries: Globalisation has made the planet more equal. As communication gets cheaper and transport gets faster, developing countries have closed the gap with their rich-world counterparts. But within many developing economies, the story is less rosy: inequality has worsened.

¹The World Inequality Report 2018:  Our objective is not to bring everyone into agreement regarding inequality; this will never happen, for the simple reason that no single scientific truth exists about the ideal level of inequality, let alone the most socially desirable mix of policies and institutions to achieve this level. ultimately, it is up to public deliberation, and political institutions and their processes to make these difficult decisions. but this deliberative process requires more rigorous and transparent information on income and wealth.

²Rising Inequality in the New Global Economy: The world is becoming “flat” says Thomas Friedman, a New York Times columnist, in his new bestseller The World Is Flat: A Brief History of the Twenty- first Century. A globophile (an enthusiast of globalisation), Friedman is urging the U.S. to take note of China and India’s ability to compete on a new, Web-enabled global playing field. The U.S. needs to adjust to the new, flat world, one in which its longstanding technological and economic dominance is ending.