This week on Facebook: Is yet another leader to my thoughts on global economics and how they are likely to effect the common man. Last November I posted ‘Trouble in Paradise?’ followed by Ethics and the Law and on New Year’s Eve I posted ‘Tax Havens: A Red Herring?’, introducing last week’s post EU & Tax Havens. This week introduces tax haven revelations as the precursor to the notion of a global economic war. 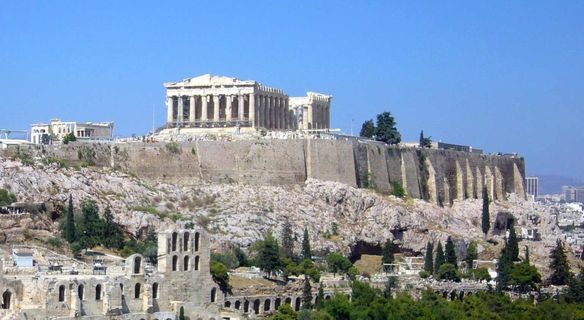 Any form of economic war would just be the continuance of the wars waged since humans started trading with each other, the difference this time is that the global hegemony Western nations wielded economically and militarially for over two centuries, is now being challenged. The revelations made by International Consortium of Investigative Journalists (ICIJ) may appear to be about taxation but this is itself simply the manifestation of an economic war encouraged by a global desire for economic growth.

Taxation is a subject on which there is always going to be disagreement and the ICIJ, having raised a global furore over the use of tax havens¹ may well have expedited the consequences of a global economic war². A lot of political hypocrisy and economic untruths have been generated by the revelations of the ICIJ, many of which have yet to impact on global economies. The ICIJ revelations may have encouraged the issue of tax havens to be addressed but it is clear that politicians are reluctant to do so (or unable to do so) when any actions that they may take could have a deleterious effect upon economic growth of their own nation³.

Three Cheers For Tax Havens: There might be no need for tax havens in the sort of ideal world that most economists inhabit, where taxes were set to maximise utility, to reduce deadweight costs and to avoid double taxation. When that has happened, come back to us and we can talk about removing tax havens, but you will have a long wait.

Buckling under pressure — Coordination and the fight against tax havens: Bahamas Leaks, Panama Papers, Lux Leaks, Offshore Leaks, Swiss Leaks and so forth — recently, many data leaks turned the spotlight on tax evasion previously concealed by the opacity of offshore financial centres, which are often also referred to as tax havens. An estimated 8% of the global private financial wealth is held in tax havens reducing global tax revenues by about $200 billion annually.

World Bank and IMF — Where do they stand on progressive and responsible taxation? In 2011 the World Bank finally adopted a policy on the use of Offshore Financial Centres (OFCs), with the main objective that they “are not used for tax evasion”.  The policy suffers from the lack of a specific list of high-risk jurisdictions or practices. Instead it adopts a weak process of peer reviews and assessments by the OECD Global Forum.

In Praise of Tax Havens: The common theme of all these efforts is that politicians want to replace tax competition with tax harmonisation. Tax competition exists when politicians feel pressure to improve tax policy so the geese that lay the golden eggs will not fly away.

¹The Hidden Billions — How Tax Havens Impact Lives At Home And Abroad (pdf): Despite there being enough food for all, we live in a world where one in nine people still go to bed hungry each night. This is a world where just 62 individuals hold the same amount of wealth as the poorest half of the world’s population, and where hundreds of thousands of people still don’t have access to basic services such as health care or clean and safe drinking water.

²The Global War — The EU’s Apple Tax Case (pdf): It is often said that globalisation is just a new form of war between nations; an economic war. It is also a tax war; fiscal policies are a central point of the competition for territories’ attractiveness. But the global tax war is not only another form of interstates conflict; it is also a brand new kind of war between global firms and state to share the burden of civil society.

³What Problems and Opportunities are Created by Tax Havens (pdf)? The interest in tax havens reflects their disproportionate role in the world economy, and in particular their centrality to many of the important current policy debates in taxation, including international tax competition and tax avoidance activity by corporations.