This week on Facebook: There was a General Election in the UK on Thursday and perhaps for the first time in my life I found myself with a real justification for seriously declaring myself to be an Anarchist. I spoilt my postal voting slip on the basis that non of the candidates represented a leader that I would choose to be the next Prime Minister. It seems to me that the commonality shared by all the candidates and especially those who won the election (regardless of their political affiliations) will be increased government debt. Despite their declared political diversity, the party assuming power will inevitably rob Peter to pay Paul. The electorate — certainly on Facebook — thought that it was faced with a choice between conservatism and increased wealth for the few versus socialism and increased wealth for the many, when in my opinion the electorate was faced with the undeclared totalitarianism that both offered at the hustings.

I thought that I could deal with the general election in a light hearted manner using cartoons but this didn’t turn out to be as easy as I expected it to be. It probably could have been but my research led me down the serious path trodden by the political cartoonist Low and his creation Colonel Blimp. I posted one of Low’s topical cartoons to Facebook last Sunday. What was intended to be a short amusing piece about Thursday’s General Election has now occupied a fair amount of my time, reinforcing my opinions regarding not only of the political folly in our electoral system but of that of our simple democracy.

Low’s cartoons remain politically relevant today and five of them are included below (click on the image to view a related post). The distinctions Low made between conservative and socialist doctrines, with the perceived iniquities of an unplanned conservative private enterprise system set against a planned socialist public ownership system, are generally no longer true. It would now be difficult to assign the views of Colonel Blimp to a specific political party. Both the main political parties (Conservative and Labour) entered this election with the shared common objective of it being a political path to totalitarianism.

Thursday’s and Friday’s articles offer some insight into the economic will of an electorate, politicians and political parties. Fiscal policies makes for dull reading and are not the basis on which an electorate appoints a political party to high office. Low clearly thought otherwise, although it is debatable that his cartoons were more influential than the Beveridge Report in the election of the post WWII Attlee government.

The scandal of UK politics is that single-party governments are elected by less than a quarter of registered voters.The UK’s ‘Unheard Third’

Those clear votes for NONE now make it indefensible for the Electoral Commission to continue to classify protest votes as ‘voter intention uncertain’. Spoilt ballots / NONE

A political party is elected to lead the country on the basis of their leader being the next PM, but the electorate are excluded from any electoral process should the elected party decide to change their leader and hence the PM. Post WWII a political party and the prime minister have only once been elected to govern the country with more than 40% of the votes available on the electoral rolls and never more than 50% of the popular vote¹.

Since 2001 political parties have been elected to govern with closer to 40% or less support of the popular vote, on a turnout that has fallen below 70% of those on the electoral rolls. On a turnout of  68.7% Thursday’s vote was no exception with the Conservatives only managing to achieve 42.4% of the popular vote against Labour’s 40%. Of the total electoral votes available both of the main political parties in contention for office — Conservative and Labour — each polled less than the 31.3% who didn’t vote at all.

Monday 5/6/2017  Clem Attlee stood for decency and duty – a stark contrast to today’s MPs:  Now, at a time when the public has become utterly disenchanted with its politicians after the revelations of MPs’ scandalous expenses claims, the story of Clement Attlee, the Labour Prime Minister who led Britain through the dark days of rationing and austerity in the late Forties, seems to belong to a very different world. 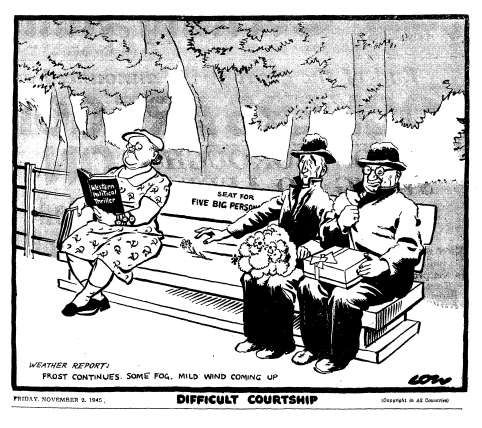 Tuesday 6/6/2017 The size of government debt: There’s a view that the debt-to-GDP ratio indicates whether the country is likely to run into economic difficulties. The bigger a country’s GDP, the easier it is for the country to support high government debt.

Wednesday 7/6/2017 Poor returns from overseas investment hit UK current account:  The present deterioration in the current account balance is not the result of an expanding trade deficit; the trade gap has remained largely unchanged in the past few years. 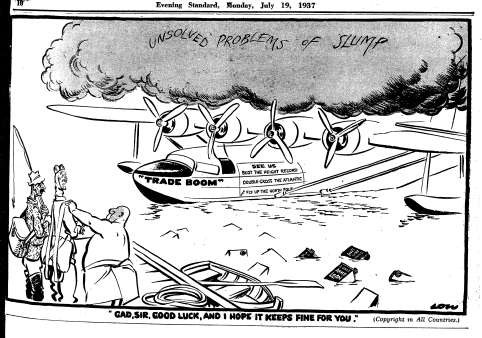 Friday 9/6/2017  Britain’s economically illiterate election: So at a time when Britain faces the all-encompassing challenge of Brexit, continued weak productivity growth and a rapidly ageing population, it’s quite shocking that we have not had a proper economic debate in this election. Without it, we face huge unanswered questions about Britain’s future.

The following are part of the lecture series Britain in the Twentieth Century:

The Character of the Post-war Period: The Labour Party has also clearly abandoned its commitment to socialism, at least in the form in which Attlee put it forward. It faced a great problem, which, oddly enough, derived from the success of the Attlee Government. A measure of this success is that if you had said to people in the 1920’s and 30’s that Britain would soon become a society in which there was full employment, as there was in the 1950s, that it would have a National Health Service which was free and open to everyone and universal, that it would have the welfare state, guaranteeing to everyone a social security minimum, so that hardly anyone would be in poverty, they would not have believed you. They would have said, if these things do come about, then that is utopia – that is absolutely marvellous! But the point is that, when it did come about in the 1950s and ‘60s, people did not think it was utopia, and they wanted different sorts of things, and so the socialist ideal gradually came under criticism.

The Collapse of the Postwar Settlement 1964 – 1979: The first response was that the post-War settlement needed buttressing, it needed reform. This was the view taken by most centrist politicians from the Labour and Conservative Parties. There were two extreme responses, from the left and the right, which said the post-War settlement was itself to blame for our problems and that Britain could only improve her performance by getting rid of it. The left advocated moving on, implementing more state control; only a society in which the commanding heights are owned by the state could hope to improve economically. That view was never particularly popular. The right believed it to be a mistake to have a strong state. After building up two strong states since the War, the right wanted a radical re-evaluation of commitment to the role of the state, and in particular the welfare state. In this, you can see the origins of Thatcherism.

A new consensus? 1990-2001: With the consensus on economic matters, there was a new source of division, on a topic which had not been contentious since before the First World War: the constitution. The parties differed much more on that, in some ways, than on basic social philosophies, and the Labour Party came out in favour of devolution to Scotland and Wales, a Human Rights Act, a directly elected Mayor of London, reform of the House of Lords, and they were also willing to look at alternative electoral systems, though they did not commit themselves to the Liberal Democrats’ favourite nostrum of proportional representation. In the 1992 Election, that was a key issue, and the Conservatives argued that this would threaten the stability of the country, particularly devolution, which they said would break up the country. They may yet be proved correct. John Major said in 1992: “The UK is in danger – wakeup my fellow countrymen, wake-up before it is too late!” The Conservatives got back in 1992, but in 1997, when the Labour Party got in, we saw the most radical constitutional programme since the Great Reform Act of 1832 – a huge raft of reforms. We now see possibly one of the consequences: the SNP victory in the devolved Parliament in Edinburgh. This places a question mark over the continuation of the United Kingdom, which everyone took for granted in the twentieth century.

One response to “Plus c’est la même chose.”