This week on Facebook: I thought the quote that Freedom meant freedom from material want  too difficult to answer although I did try, but notions of freedom and material wants come with such a variance that any general answer would be virtually impossible and any specific answer dependant on how the quote was interpreted. This became apparent from an interesting exchange that developed between Colin and Scott in response to my published article on Monday.

The quote reminded me of Beveridge’s remark on the freedom from want and the introduction of what became known as the Beveridge Plan.

In the late 1950s, Beveridge met an old friend for lunch and expressed distress that ‘his original ideas had been mutilated, reversed and taken completely out of his hands although given his name; that he had come to loathe both the caption “Welfare State” and the title “Beveridge Plan” which had become like advertising slogans, which taken together had led many people hopelessly to misunderstand what he had truly worked for’. [10 things you may not know about the Beveridge report]

This week my attention was initially caught by Monday’s article, perhaps arising from my childhood that engendered in me instinctive socialism. However, next week I shall be 78 years old and now label myself an anarchist in the belief that it is an unachievable political philosophy, but would really like to think that I’m a GBS cynic:

The power of accurate observation is commonly called cynicism by those who have not got it. George Bernard Shaw

It surprised me how my opening article presented such difficulty in composing a theme for this week but it did lead me to what I thought was a reasonable rational for the philosophies of capitalism, socialism and communism in Tuesday’s article. It also led me to the millennial generation and the views expressed in the article on Wednesday, which  provided some insight into their thinking but where did I go from here?

I have previously written quite extensively on social media so when my research led me to management guru Peter Drucker and his book entitled Post-Capitalist Society¹, I included Drucker’s prescient prediction of the internet (as it was to become known) as a global game changer, especially for the Millennial generation and others. Drucker led me to Adam Smith for Friday’s article. Considered to be the father of capitalism, his book An Inquiry into the Nature and Causes of the Wealth of Nations is destined to reside in an ebook library until the need to arises to use a quotation out of context.

I’m still left wondering  how freedom meant freedom from material want can be delivered to all — and especially beyond the Nation State — by any philosophy other than that which takes into account the natural social appeal  of a realpolitik philosophy. 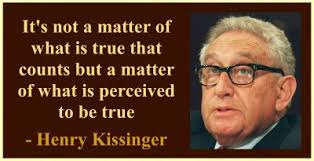 Monday 8/5/2017 Why Do People Become Communists, and Why Do They Stick With It? Even the theory of communism itself is a complete mess. There is really no such thing as common ownership of goods that are obviously scarce in the real world. There must be some solution to the problem of scarcity beyond just wishing reality away. Perhaps ownership and trade? Slogans and dreams are hardly a suitable substitute for a workable program.

Tuesday 9/5/2017 Capitalism, Socialism and Communism: It appears that some people see all the evils in one of these three political concepts, and every time when they disagree with some political view, they label it as capitalistic, socialistic or communist – depending on their bias.

Wednesday 10/5/2017 Why Are the Millennials Like This? Then came the financial crash of 2008. It was the catalyst for everything. I had graduated from high school several years previous. Sitting in my car about to go to work, listening to NPR, I heard them explain that Lehman Brothers was declaring bankruptcy. I did not know nearly enough about our economy to understand how big this was, but I could sense the fear in their voices. My belief that the system could not sustain itself was playing out in front of my eyes and, now that it was here, I could sense that there was much suffering to come.

Thursday 11/5/2017 We’re Living Through a Rare Economic Transformation¹: Drucker used the term post-capitalist not to suggest the emergence of a new “ism” beyond the free market, but to describe a new economic order that was no longer defined by the adversarial classes of labour and the owners of capital. Now that knowledge has trumped financial capital and labour alike, the new classes are knowledge workers and service workers.

Friday 12/5/2017 Reclaim Adam Smith: Jeremy Bentham’s letters to Smith strongly criticised his support for laws limiting the rate of interest on loans, which were aimed at preventing damaging speculation by “prodigals and projectors.” And although Smith’s modern followers enjoy quoting his criticisms of clumsy government taxation (“There is no art which one government sooner learns of another than that of draining money from the pockets of the people”), one of the Scotsman’s first public interventions after the Wealth of Nations was to recommend two new taxes to the Chancellor of the Exchequer in the budget of 1788.

2 responses to “On Visiting Myopia”