This week on Facebook: It would seem that the people of Wallonia determined what it was that made the world go around. At least for the EU, Canada, and a free trade deal. It was enlightening to see how the result of a democratic process that is not (necessarily) shared in other democracies could send the media into such a spin. When I wrote Free Trade — not so transparent I concluded that, Perhaps the lack of transparency in these Free Trade Agreements means very little if we assume the continuation of any discretionary income we may have, our ability to spend it where we will and its value of exchange is to our advantage. 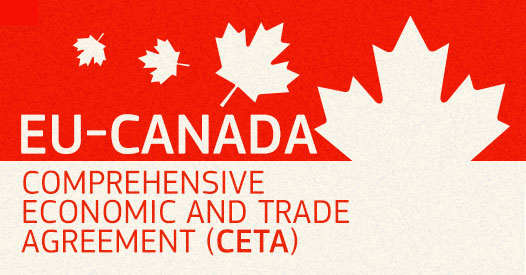 Free Trade Agreements¹ are proliferating in a global economy that wants continued growth, this in face of increasing global competition for that growth. It may be that parliament of Wallonia saw CETA as a deal to far in that it eroded the comparative advantages of the people it represented. This of course assumes that parliament acts in the best interests of the nation state regarding its peoples and its commerce, specifically in the interest of maintaining a comparative advantage, something that is rarely — if ever — to everyone’s economic advantage.

Monday 31 October 2016 Is free trade over? Whole communities, industries and social classes in the industrialized world have felt the often devastating impact of a passion for free trade. Governments in democracies have had to respond to public mistrust and unease, even though these sentiments have not yet become majority movements in any country except Britain. This is, perhaps, the first step towards recognition that future trade liberalization will require greater efforts to buffer those adversely affected by international competition.

Tuesday 1 November 2016  A Better CETA — One Big Cheer for Wallonia: To their credit, the political leaders of Wallonia insisted on more assurance — as well as insurance — that the CETA was not going to be another step down the path of unraveling the sovereignty of democratically elected governments. Their brave standoff raised fundamental questions that need a lot more discussion and resolution before they can be satisfactorily incorporated into trade agreements.

Wednesday 2 November 2016 Free Trade Is the Key to Economic Growth: Essentially, free trade gives global citizens the economic freedom to maximize or advance their economic interests as consumers, distributors and producers without government intervention. Hence, the globalisation of commerce creates entrepreneurship, economic growth and innovation within a global society, while all protectionism, tariffs and isolation do is cause economic stagnation, unemployment and price inflation in domestic and global economies.

Friday 4 November 2016 The shock of free trade: The increase in inequality since about 1980, in the US in particular and in the rich world in general, has been felt for some time by those at the bottom. But it is only in recent years that, thanks to the Occupy movement and to the work of Thomas Piketty and his academic collaborators, the changed distribution of income and wealth has become firmly entrenched in the political consciousness of people at large, including those whom a more unequal economy may well have benefited.

Adam Smith is the name most synonymous with free trade and yet his two most influential books, An Inquiry into the Nature and Causes of the Wealth of Nations and The Theory of Moral Sentiments are often conflated, especially between political economists and moral philosophers. It is as if political economists have chosen only to read The Wealth of Nations and moral philosophers have chosen only to read Moral Sentiments, ignoring the author’s thoughts in writing both.

I am of the view that Adam Smith never conflated the consequences of a comparative advantage with the morality of the invisible hand and that he would regard what are now euphemistically called free trade agreements² in a global economy as morally objectionable — as did the Wallonian mouse that roared.