Riots at the games

This week on Facebook: The remarks of a colleague about EUFA 2016 and hooliganism, made me think that supporters of games exhibiting antisocial behaviour is far from being a new phenomenon and probably has many historic roots. Not being a supporter of any particular game and indifferent to EUFA 2016, I nevertheless thought that violence associated with games presented an interesting area of web research. I now know that in contemporary football Ultras promote yahoo behaviour and are encouraged in this by the amount of media attention given to them. However Ultras or their behaviour is certainly not new, it also seems that modern Ultras are pussycats when compared to their historic equivalents at Roman games and Circuses.

The scale of the carnage at the Nika riots in Constantinople (Monday’s article) has never been equalled in the recorded history of riotous behaviour and there has been nothing of comparable note since the Nika riots and Tuesday’s article. If you were a Roman leader like Caligula in Rome or Theodora in Constantinople, you knew about crowd control¹. The Roman patricians were aware of the threats posed by plebeian crowds at the Circus, described by Tacitus as, sordid plebs who hang about the Circus and theatres. Maybe Tacitus’ remark was simply an innuendo aimed at the Praetorian Guard, who challenged him when he tried to enter the gates leading to the Emperor’s residence with his bicycle.

In an attempt to move away from Tuesday’s article on contemporary violence in sport, which is already well covered on YouTube, I indulged in a little nostalgia about football in Wednesday’s article and brief history of English football on Thursday. I was surprised to discover how old the game actually was and the attempts to ban it in England. The research here introduced me to women’s football and the struggle to have it recognised (see also the image below).

Inevitably football hooliganism gets analysed and sociological causes found for it, as in Friday’s article which stated that in the 1960s football violence was called the British disease. Adding that this was unfair since soccer-related violence existed throughout the world long before. Perhaps the views of Juvenal and Vince Lombardi say it all:

Bread and circuses, that’s all the common people want. Juvenal

Winning isn’t everything, it’s the only thing. Vince Lombardi

Monday: Blue versus Green: Rocking the Byzantine Empire — The European Convention on Human Rights would prevent any modern equivalent  to Theodora’s solution to rioting Blues and Greens in the Constantinople Hippodrome. The violence that arose out of the support for either the blues or the greens was also politically motivated, a sort of left (greens) v (blues) right — the plebeians v the aristocracy. However when the supporters united at the Hippodrome, the Byzantine Empire was threatened.

Tuesday: Top 15 Deadliest Sports Riots of All Time — Sports fans have, in many cases, the type of dedication, pride and devotion that is sometimes seen in cults and in religious zealots. A sports fan themed Facebook group can show how seriously people take this stuff. Better than just watching the hate through the internet, going to a sporting event opens one up to aggressive banter with other fans and in some extreme cases, it turns to insults and intimidation. In the worst of situations, physical altercations follow. These physical altercations sometimes go from a one-on-one fistfight to something much more intense and destructive; a riot. 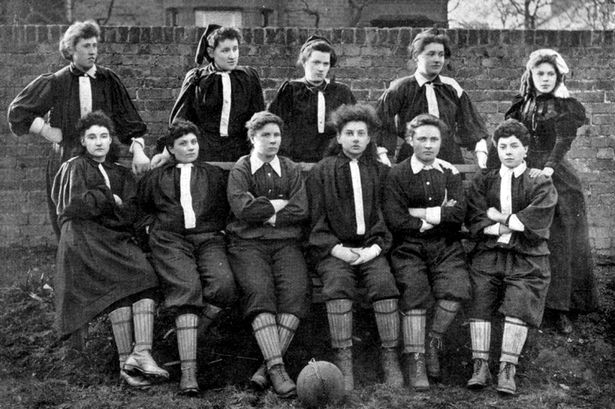 Thursday: A Brief English History of Football — In 1314 Edward II banned football in London, it seems we are back to the green and blues again, football being thought of as a very plebeian pastime. At least when Edward III and Edward IV tried to ban football completely, they did so because they wanted the supporters to concentrate their pastimes into something less rowdy and violent — like archery practice in preparation for war. It also looks like the real objection to the game by any public administration was that it encouraged crows of plebeians to gather and protest (as did the games and Circuses of the Roman Empire).

Friday: A Sociological History of Soccer Violence — High rates of sports-related violence are seen in all regions of the world, the book Sports Matters (pdf), claims that athletic events are realms in which other major issues in society, often related to class, religion, ethnicity, politics, regionalism, historic rivalries, etc. can play out among supporters. Violence, rather than just being about the sport, can be interpreted as an expression of contrasts between group populations.

So much games past and present and in particular football (soccer), it turned up — for me at least — some interesting research. A recent article grabbed my attention with regard to the players, which I have included here as the theme of this article is hardly one that I am likely to return to. It really shouldn’t have been a surprise to find out just how much a really good player needs to apply cognitive skills that are related to the game and how little such skills are used in the selection of players. The selection of a player is usually based on physical skills but as an article with the title How to win the Euros – with a little help from neuroscience suggests, football is a team sport and in the end a player’s cognitive skills may be equally — if not more — important in a team’s winning performance.

¹Urban Violence in Imperial Rome — free to read on line.