Reading the views of a Libertarian I couldn’t believe that the writer held the views of an Anarchist, which was the inference I drew on reading the piece. While  there is much common ground between anarchism and libertarianism, I can’t imagine a libertarian society living comfortably alongside an anarchic one and visa-versa. In theory an anarchist’s society should not seek to influence a libertarian’s society, but I can’t see a libertarian society reciprocating with a policy of non-interference. So I thought that I had better refresh my own thoughts on what anarchy and anarchism implied (other than the sinister terrorist with a bomb).

I was pleasantly surprised to come across resilience in social ecological systems, my attention was caught by review of the latest book by political scientist James C. Scott. In previous books James Scott has made a case for not seeing things like a state and now, in Two Cheers for Anarchism, he makes the case for seeing things like an anarchist. 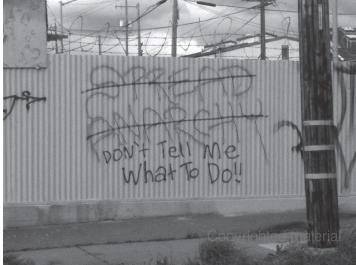 Inspired by the core anarchist faith in the possibilities of voluntary cooperation without hierarchy, the book is an engaging, high-spirited, and often very funny defence of an anarchist way of seeing – one that provides a unique and powerful perspective on everything from everyday social and political interactions to mass protests and revolutions.

Through a wide-ranging series of memorable anecdotes and examples, the book describes an anarchist sensibility that celebrates the local knowledge, common sense, and creativity of ordinary people. The result is a kind of handbook on constructive anarchism that challenges us to radically reconsider the value of hierarchy in public and private life, from schools and workplaces to retirement homes and government itself.

Beginning with what Scott calls “the law of anarchist calisthenics,” an argument for law-breaking inspired by an East German pedestrian crossing, each chapter opens with a story that captures an essential anarchist truth. In the course of telling these stories, Scott touches on a wide variety of subjects: public disorder and riots, desertion, poaching, vernacular knowledge, assembly-line production, globalization, the petty bourgeoisie, school testing, playgrounds, and the practice of historical explanation.

Far from a dogmatic manifesto, Two Cheers for Anarchism celebrates the anarchist confidence in the inventiveness and judgement of people who are free to exercise their creative and moral capacities.

My initial thought is to suggest the greatest enemy of anarchism is the State. The State as the enemy would be a view that anarchists held in common with the libertarians.  However, while libertarianism  may advocate ‘small government’, with minimal or no interference in the unalienable right to life liberty and the pursuit of happiness, this does not mean ‘no government’. Anarchism would support these unalienable rights, but completely oppose the need for any form of government being required to achieve them. However, any ‘ism‘ is only tolerated when controlled by The State, especially any freedoms in exercising personal judgement in a creative or moral capacity — freedoms that are curtailed by any form of statism.”

3 responses to “Hooray for Anarchism”