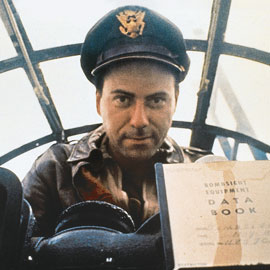 One of the many character sketches written by Joseph Heller into his novel  Catch-22 , was that of Colonel Cathcart and his obsession with ‘neat bomb patterns’. I have come across variations of the ‘neat bomb pattern’ concept at work and in life. Where ‘hitting the target’ becomes an irrelevance. Summing up his intentions in writing Catch-22 Heller remarked

“Everyone in my book accuses everyone else of being crazy. Frankly, I think the whole society is nuts – and the question is: What does a sane man do in an insane society?”

At the height of the ‘Cold war’, and having read Catch-22 , I was serving in the RAF at a command and control centre.  This centre provided a specialist logistical support to RAF bases throughout the world. I did a duty watch at the ‘control desk’ on which there was a sheet of glass with many ‘little notes’ underneath. These notes had obviously been there for a very long time and no doubt contained information which at sometime was useful, and for all I knew still could be. However, most of these notes were completely unfathomable to me. So at each watch I started removing those notes that I thought had no relevance to the work in hand. I eventually removed most of these ‘notes’ without any comment from anyone else.

On leaving the RAF, I became a civil servant in The Department of Transport. Under the Thatcher administration there was a drive to ‘improve efficiency’ in the civil service. We were each required to submit a monthly timesheet to a central point, presumably for analysis and job costing purposes. These were records of time spent against a specific job per month. As it happens, and probably uniquely, I was already keeping an accurate account of this. As we never received any feedback on these records, I started entering ridiculous figures for time spent – no response. I then started adding fictional job numbers to these ridiculous figures of time spent – no response. Eventually the department I belonged to was reorganised and it all stopped.

At one point during my period in the Civil Service I organised myself short external training session on ‘Project Management’ . On it I learned what always ought to be blindingly obvious but rarely is.  I learned that:

You can’t control what you don’t manage.

On my return from the training session I was required to complete an assessment form (about half a page of A4).  I wrote ‘the course was brilliant, it taught me that you can’t control what you don’t manage’.  On reading this, the training officer never came to me, he went directly to my ‘line manager’ who called me into his office.

LM The training officer has just shown me this report you sent him.

Me Is there a problem?

LM Well all that you’ve written is that ‘the course was brilliant and you can’t control what you don’t manage’.

Me Yes – that’s a fair assessment!

LM You can’t just say that.

Me Why not? What are you actually going to do with my assessment?

LM That’s not the point! Go and write more than this.